The bovine spongiform encephalopathy (BSE) has led the European Union (EU) to take several drastic decisions in order to ensure exclusion of its causal agent from the food chain with the aim to guarantee the safety of the food and feed supply.  These decisions include specific treatment conditions (133°C for 20 min at a pressure of 3 bar) for the manufacturing of meat and bone meal (MBM) and a temporary ban of these products as well as their derived proteins in compound feed production.

The STRATFEED project aims to provide innovative protocols by development of new methods. One of those methods is the PCR (Polymerase Chain Reaction), able to detect specific DNA segments through genetic amplification.

The qualitative search of taxon specific animal DNA sequence as markers of MBM in animal nutrition  is carried out in 5 steps:

- the preparation of the reaction mixture

- the DNA amplification by PCR

The results produced by PCR are showed through the STRATFEED explorer

The first step is the sample reception.

As soon as the laboratory receives the sample, this  one is identified by a code used during the subsequent steps of the analysis.

Each solid sample is ground in order to : 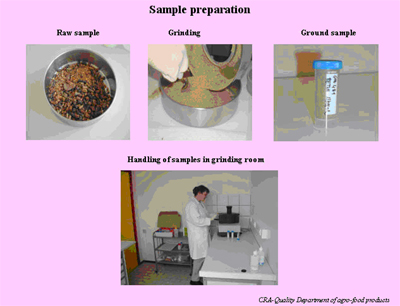 The basic principle of nucleic acid extraction consists in releasing the DNA present in a given matrix by lysis of remaining cell structures. The DNA in solution is then purified by removing all the other components particularly the PCR inhibitors. Different extraction methods can be used depending of the sample analysed.

4th Step : the preparation of the reaction mixture (Figure 4)

A sub sample of the extract is used for the DNA amplification by PCR.

The PCR consists in an enzymatic reaction that multiplies a specific DNA target sequence present in the MBM. 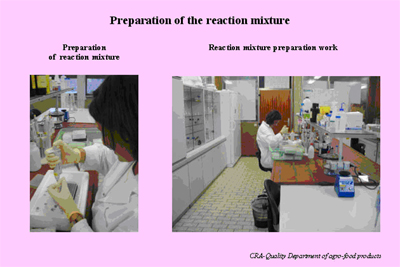 Figure 4. : The preparation of the reaction mixture.

The reaction mixture is put in a thermocycler. This device supports the continuous enzymatic production of DNA through thermal cycles consisting of a succession of well- defined heat steps that allow a synchronised reaction on the available substrates. As each newly produced DNA molecule is also a new substrate in subsequent cycles, the reaction accumulates the targets in an exponential fashion at least during the first cycles. 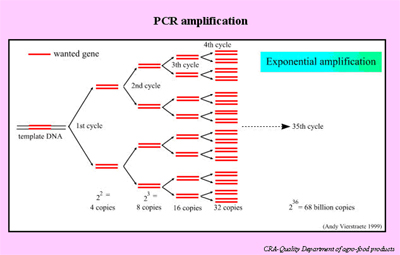 This amplification can be performed by 2 types of  system:

This system involves an electrophoresis step to visualize the amplified DNA products. 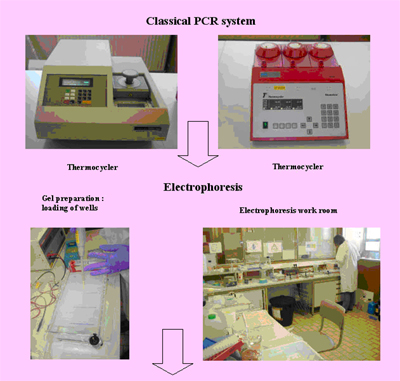 This system is quicker then the classical PCR system and makes it possible to follow the amplification reaction during its achievement. 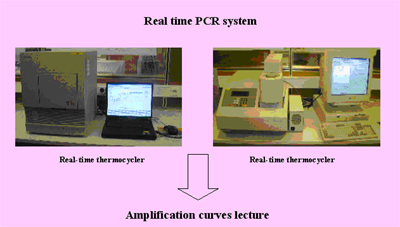 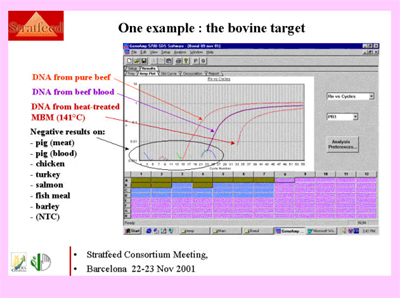